4-Fluoromethylphenidate was studied further along with other analogues of (±)-threo-methylphenidate (TMP) to assess their potential as anti-cocaine medications. 4F-MPH was reported as having an ED50 mg/kg of 0.26 (0.18–0.36) and a relative potency of 3.33 to Methylphenidate.

Another study found that in the threo-isomers of methylphenidate, the meta- and para-substituted compounds with electron-withdrawing substituents tended to have increased binding potency.

Compounds containing fluorine, chlorine, bromine and methyl groups were reported to be more potent than methylphenidate. 4F-MPH was reported as having the following values: [3H]WIN 35428 binding of 35.0 ± 3.0 (2) and [3H]dopamine 142 ± 2.0.

4F-MPH is a new research chemical in the stimulant family with an IUPAC name methyl 2-(4-fluorophenyl)-2-(piperidin-2-yl)acetate. The chemical formula for 4F-MPH is C14H18FNO2 and it has a molecular weight of 251.30. The CAS number is 1354631-336. The chemical is so new on the market we must look research performed on its analog with is 4-MPH.

Research on 4-MPH was performed by US Environmental Protection Agency's EPISuite, ACD/Labs', and ChemAxon. The US Environmental Protection Agency's EPISuite reported that analog has a 281.69 boiling point, 67.79 melting point, and 0.00203 vapor pressure estimations. The report also revealed that the chemical is water soluble at 25 deg C (mg/L): 3.073e+004. The removal in wastewater treatment was
1.97 percent for complete removal, complete biodegradation is 0.09 percent, total sludge adsorption is 1.88 percent, and to air 0.00.

4F-MPH and 4-MPH are only intended for research purposes in a controlled laboratory for forensic or scientific study and are NOT intended for human or animal consumption. 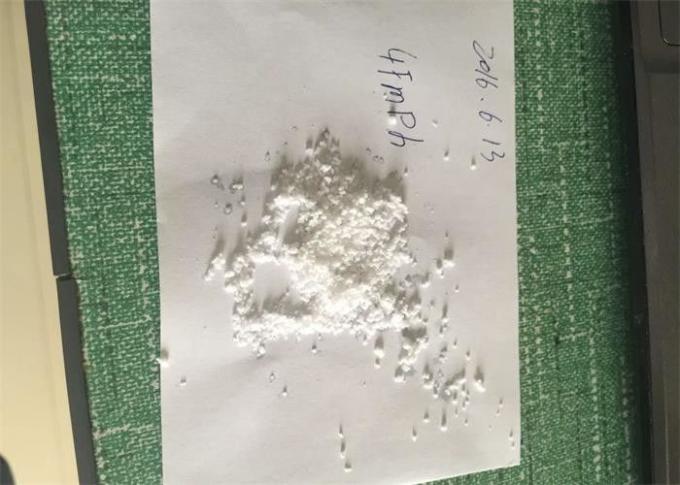